Yes. I know. There has indeed been an awful lot of CPU coverage lately. What with AMD’s Ryzen and Ryzen Threadripper chips, plus the sudden launch of Intel CPUs with up to 18 cores, not to mention Intel finally upping its mainstream ante from four to six cores, 2017 has surely been the year of the CPU. Which begs an obvious question. What is now the best gaming CPU? Judging that on the hoof as the launches come thick and fast isn’t always easy. But now the dust has settled. Now we know how all these new CPUs stack up. It’s time to pick a winner.

Having said that, I’m going to cop out and pick multiple winners. After all, not everybody has the same budget.

The money-no-object category ought to be a doddle. Intel’s CPU cores remain the most powerful on a per-core and per-clock cycle basis. Meanwhile, few games really benefit from really big double-digit core counts, especially if they come at the cost of clockspeed.

I could therefore make the argument for the new Core i7-8700K as the new chip of choice for gamers who don’t give a damn about value. It has six cores and very high clockspeeds. It’s almost certainly about as quick as it gets for today’s games, and it has a decent core and thread count in hand for any future games that may scale a bit better across multiple software threads.

But then 8700K is somewhat spoiled by Intel’s moderately crappy mainstream LGA1151 platform. That puts various limitations on future upgrade paths, sports a measly 16 PCI Express lanes directly into the CPU itself. And, well, all that stuff. So a CPU that slots into the full-on LGA2011 socket, like the 10-core Core i7-9700X, and offers even more cores, great Turbo clockspeeds and better connectivity could be a better bet if the money aspect doesn’t matter. 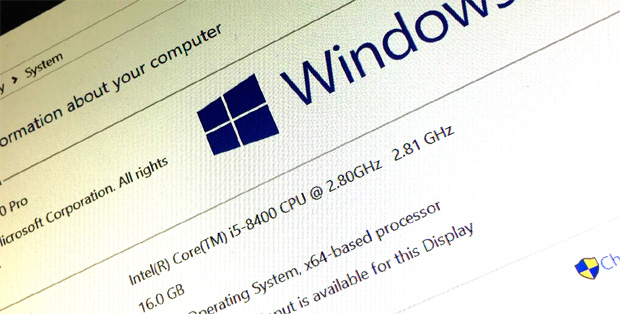 But, in all honesty, I’m not that bothered about the money-no-object choice. Instead, it’s low-budget gaming and the meat of the mid-range that interests me. You know, the sort of chips most of us will be buying.

The budget end of the spectrum is problematic as I write these words. That’s because Intel’s new 8000-series Coffee Lake desktop CPUs require the equally new 300 Series chipset. Right now, the only 300 Series chipset is the pricey Z370.

If you insisted on buying today, that’s what I’d recommend you do. But I wouldn’t be totally happy if you did. Instead, I’d prefer you wait until the new year when the cheap Intel 300 Series chipsets are due to appear and shack a cheap motherboard up with the new Core i3-8100. It’s a quad-core chip for £110/$120. It’s clocked at 3.6GHz and it’s completely locked, so overclocking is off the menu, but I’m convinced it will give a more consistent and reliable long-term gaming experience than the AMD alternative.

Yes, on occasion the Ryzen chip will be quicker, especially if you’re overclocking and your particular chip happens to have lots of headroom. But there will be troughs to go along with those peaks thanks to Ryzen’s architectural quirks. Put another way, you’ll be unlikely to have access to those performance peaks unless you have a mega-money video board and a high-refresh panel. But you’ll feel the troughs no matter what other hardware you’re running.

As for the choice in the meat of the mid-range, it’s another Intel processor. I just cannot see past the new six-core Core i5-8400. As I type it’s priced at £180 for pre-order on Scan.co.uk. I’m struggling to get a read on US pricing as availability hasn’t quite come on stream, but it should be just under $200.

There are numbers all over the web if you want some performance metrics but the crux of it is that the Intel chip is often as much as 30 per cent quicker or more than AMD’s Ryzen 1600 and 1600X processors in games that scale well with CPU performance. Those are the two closest Ryzen chips in terms of price. But even up against the much more expensive Ryzen 1700, the Intel chip looks like a champ.

Yes, the 8400 is locked and can’t be overclocked. And yes, that does piss me off. But for most of us, most of the time, that’s irrelevant. In reality, the absence of overclocking support is only an issue in the very long term. In extremis, it helps you to eek out a little more time before the next upgrade is required. 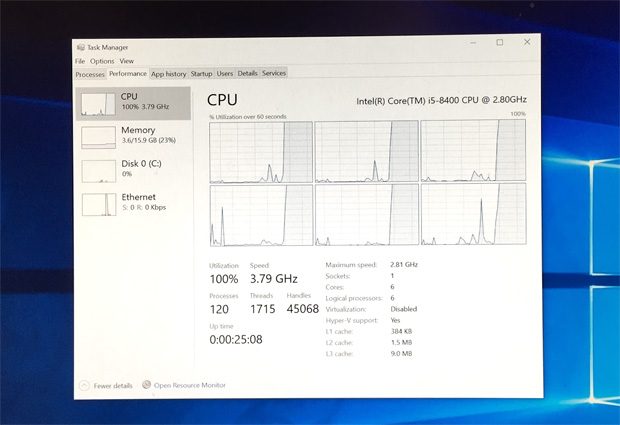 What’s more, to get that unlocked multiplier in the Core i5-8600K, it looks like it will cost you at least another £70 / $70, which is just too much for too little in my view.

I have a feeling my Intel-across-the-board recommendation will rankle a few, especially given the current availability issues regarding both affordable Intel boards and the CPUs themselves. Here I am recommending Intel options that you can’t actually buy at this very moment. So be it. I’ll be amazed if the availability niggles don’t resolve fairly quickly. In the meantime, it would be bonkers to go and buy something suboptimal today instead of waiting a few weeks or even a few months for the right kit to become available.

If it turns out that Intel really can’t deliver the chips at the anticipated prices within a reasonable time frame, fair enough. Pop back and punish me. Otherwise, the reality is that Intel’s new Coffee Lake chips are simply better for gaming. I don’t mind admitting that I wish that wasn’t true. I’d love to recommend AMD’s Ryzen in at least one category. It’s a good chip and it’s forced Intel to up its game, but it’s not the best choice for gamers now that Coffee Lake is upon is. And I can’t pretend otherwise.

TL;DR
On a really tight budget? Go Core i3-8100. Otherwise, stretch to the Core i5-8400. It’ll be a fantastic long-term gaming CPU. But note it may take a month or three for full availability of the best value CPU and motherboard combos.